Greetings to all our #PolytheistFaithful out there! At the stroke of 3:33AM in the Philadelphia, PA region, we will present you all with our brand new EP, ‘The New Testament!’ That’s right we chose May 19, 2019, which is the date of both the series finale of #GameOfThrones and also our drummer Joe Covell‘s birthday!

All 3 songs are only hours away from being available on all your favorite streaming services! #itunes #applemusic #spotify #pandora #deezer#amazon and so many more!

It’s #CincoDeMayo and as promised we have released our single ‘Thicket Of Solitude,’ on Spotify, Apple Music, Soundcloud, Bandcamp, Deezer, Tidal, Amazon, Pandora, and whatever else you can think of… it is most likely there. Many services made it hard to post right at 3:33AM, however we had our Facebook Post and E-mail Newsletter go out at 3:33AM with links to the song on #Soundcloud and #Bandcamp!

Coming to Spotify, Tidal, Itunes, and all the others shortly!

The featured single from our upcoming 3-song EP:
The New Testament!

“After the band’s 2017 debut release, ‘When Heroes Fail,’ Polytheist has been hard at work crafting an even better follow up! This sophomore release is titled ‘The New Testament’ and will feature 3 songs: ‘Thicket Of Solitude’, ‘What Lies On Channel 95’, and ‘Daedalus Complex.’ The official release will be on May 19, 2019, with the single #ThicketOfSolitude being released for Cinco De Mayo (5/5/19). For more information, please check out our website: http://www.polytheistband.com and the various social media outlets!” #ThicketOfSolitude

The long await is over, Thicket of Solitude is here! It is available on so many different services that we’ve lost count! The entire 3 song EP #TheNewTestament will be released on May 19, 2019, please stay tuned.

Polytheist is currently hard at work with engineer and producer master mind Mike Mallon, putting the final touches on their upcoming 3 song EP: #TheNewTestament . This will serve as the final farewell to singer Matt O’Tonic McGroarty as both parties begin to prepare for their futures. This EP will be much different than the debut EP #WhenHeroesFail as well as the band’s future direction. This will definitely be a more commercial sound, although the feel will be far different from most generic #radiometal / #radiorock out there currently. Although it will ultimately serve as a much different era in Polytheist’s discography, these 3 songs deserve their right to be heard and immortalized in a proper recorded production. Here is a quick little teaser we put up on our instagram:

The date will be announced soon as to when you can expect the EP to drop, but the plan is to first release the single #ThicketofSolitude , and yes the name does come from #Quailman from the classic Nickelodeon cartoon #Doug . This song was code named: #Unicorn over the last couple years. Since it was always thought of as a commercial song, Matt’s voice was perfect for it. The other two songs on the EP will be #WhatLiesOnChannel95 which for the longest time had been known as #SpaceyBallad, and also a newer tune #DaedalusComplex which is heavily inspired by old #KillswitchEngage

For those who follow us on social media, you probable already know that Polytheist has mutually decided to part ways from singer Matt O’Tonic McGroarty. Matt stepped in and helped us through a difficult transition, but ultimately it was not a good fit. Matt performed one last time with us in Allentown on April 13, 2019 at Sportsmen’s Cafe. This was during #SportysMetalEasterParty which also featured: Erik Olsen of Cromwell Incident doing an acoustic set, The World Without Us, and Tartarus Horde. Thanks again Matt for all that you did for us. Here are all 5 videos in their entirety beginning with the awesome recapper.

Here was our official statement on Facebook after the April 13th show:

“Now that Saturday has come and gone, we have now officially (other than the upcoming 3 song release) parted ways with our front man Matt O’Tonic McGroarty . For those not in the know, we mutually decided this was best and we wish each other well. You’ve not seen the last of Matt O’tonic, and odds are we’ll do shows in the future with his next project #HeelTurn

Matt, we thank you for helping us through a difficult transition as our long time singer Ken Brown made the difficult decision to put his music career on hold. You stepped in and did what we asked you to do and went out on top. We can’t thank you enough. Our 3 song EP #TheNewTestament will be dropping soon, probably starting with the singe #ThicketOfSolitude first. This is our final farewell gift to Matt.”

We apologize for our delayed posting to our website since the #MetalCover has been out since April 6, but better late than never! Here is our cover of the classic #REOSpeedwagon hit #KeepOnLovingYou ! The reason this cover was chosen is because it is a known truth that REO Speedwagon is a guilty pleasure of our drummer Joe Covell, so we took this on for those close to Joe to enjor and get a laugh!

This has to be some of Cromaidz Productions finest work ever!

The fun with the green screen continued last weekend with our #TotalMetalBastardization covers of Poison The Well’s ‘Slice Paper Wrists’ and also Finch’s ‘What It Is To Burn’ (Demo Version)! We say Demo Version because any real Finch fan knows the Demo Version was far superior to the album version. Hope that you all enjoy! 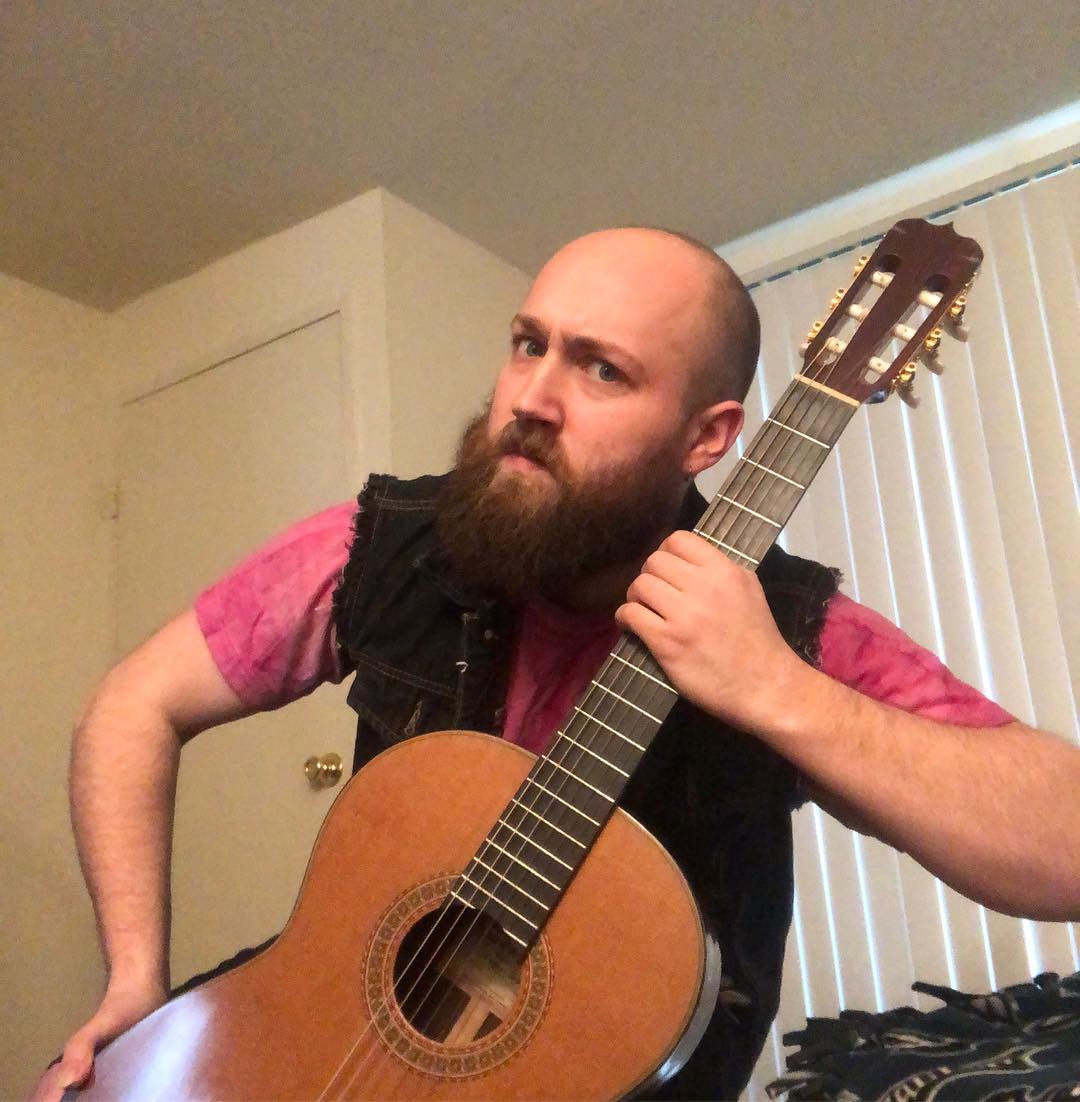 We are very excited, and humbled to announce that we will be teaming up with classical guitarist Zachary Grim of the Baltimore MD area! We aim to combine his expertise in the classical genre with our aural assault of heavy metal to bring something to fans of both genres the likes of which have never been seen before!

This is a work in progress as it is definitely in the early stages; Both the band and Zach agree “we want to take something along the lines of Lamb of God’s Ashes of the Wake instrumental track and mix it with a classical piece like Igor Stravinksy’s Rite of Spring.” The accented attacks, and sporadic nature of Rite of Spring make it one of the most metal songs in the classical genre… all it’s missing is a Pig’s Heart!

This idea is long in the making, Zach has wanted to make classical music more relatable and accessible to a large audience for as long as he can remember, and being a fan of heavy metal himself we were more than happy to assist in making this idea a reality.

In addition to recording the track(s) this collaboration plans to hit the road together to showcase that when genres cross party lines, a lot of good can come from it. 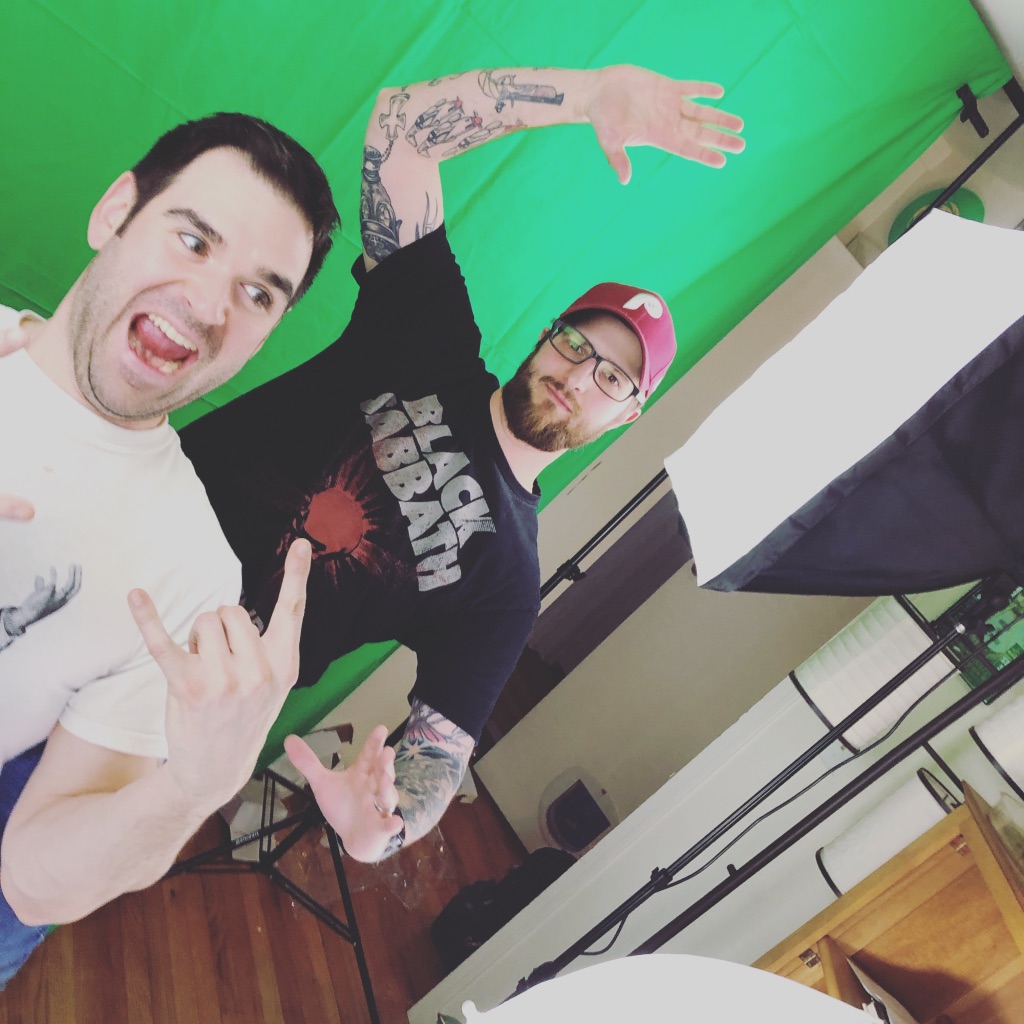 It shouldn’t come as a surprise that we love St. Patricks day, who doesn’t? You can drink a beer at 8AM and for some reason it’s okay! Now, a week ago we bought a green screen and saved it to put to good use for today… the inaugural St. Patty’s day green screen montage featuring the song Fields of Athenry, featuring our friendly neighborhood low stringed slinger Josh Asson on vocals!